Cadillac ramps up power in US luxury battle with Germans

Cadillac laid down an aggressive new claim to the US luxury market Tuesday, unveiling a powerful sedan it boasted could not be topped for speed or comfort by Mercedes Benz or BMW.

But it was far from clear whether it would be enough to help Cadillac and Lincoln, Detroit’s two classic luxury brands, to topple the dominance of the Germans and Toyota’s Lexus in the lucrative top segment of the US car market.

Cadillac’s challenge, revealed at the annual North American International Auto Show in Detroit, came in the shape of the new CTS-V, a 640 horsepower, 200 miles per hour (320 kph) monster beneath an elegant sedan exterior.

As he looked straight across at the Mercedes Benz stand at the show, Johan de Nysschen, Cadillac president, boasted that it was faster than anything his Teutonic rivals could offer.

“This 112-year-old brand is reinventing itself,” he announced.

“This is not just rhetoric,” he told hundreds of journalists at the Detroit show.

“It’s a comprehensive plan that starts with great products… We are here to disrupt and shatter the status quo.”

– Germans dominate the US market –

Decades ago Cadillac and Lincoln dominated the US market, marks of American glamor on display from the White House to Beverly Hills.

But that cachet has long been lost, and both are fighting an uphill battle to recover it. Benz, BMW, Audi and Lexus have established themselves since the 1990s as bywords for a combination of luxury and performance.

The numbers show the challenge. Last year, Mercedes sold 356,000 cars in the United States, for a 2.2 percent share of the total US auto market, according to Autodata.

Cadillac explained its relative weakness in the US market as lacking models in specific segments, particularly entry-level luxury cars, that its rivals have filled.

The average price of the cars it sold last year was higher than that for BMW and Lexus, he noted.

De Nysschen said the company would introduce eight new models between now and 2020 that will bridge the gap.

But the accent on power, rather than luxury and comfort, is a shift for Cadillac.

“In the past, we lost our American-ness in an attempt to out-German the Germans. So now we want to talk about cool, contemporary Americana,” said Uwe Ellinghaus, Cadillac’s marketing chief.

But a part of the effort is to recover a global name and with it conquer the Chinese market, which together with the United States accounts for half of the global luxury car market.

Both Cadillac and Lincoln are pushing hard in China, and Cadillac’s global growth last year all came from there.

“It says hello when you walk up, and goodbye when you leave.”

This entry was posted in Uncategorized. Bookmark the permalink. 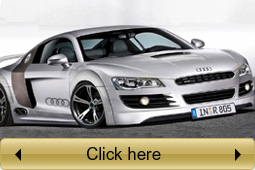